At the 2016 State League awards night our own Janine Hunt was the winner of the Baseball NSW Brian Davis Volunteer of the Year for 2015-16.

Congratulations Janine - just proves that scorers can do something other than score! 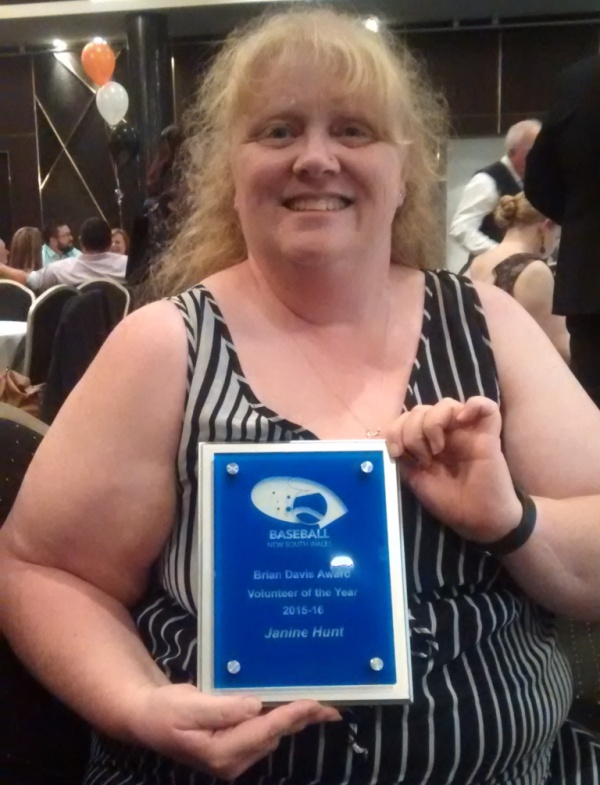 At the recent World Baseball Classic held at Blacktown Olympic Park, a number of NSW Baseball Scorers volunteered in a miriad of roles - none of them scoring!.

Head Minion was our own Kerry Jackson (official title Volunteers Co-ordinator) and 2IC Minion was Janine Hunt. Minions were suitably dressed in Australia Gold shirts but the Minions label was coined early and stuck 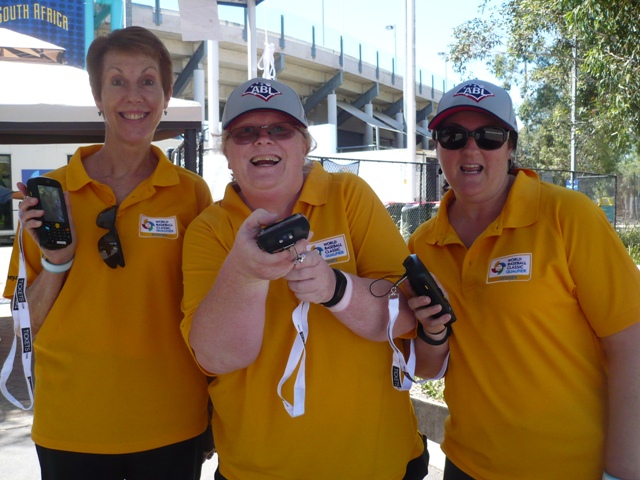 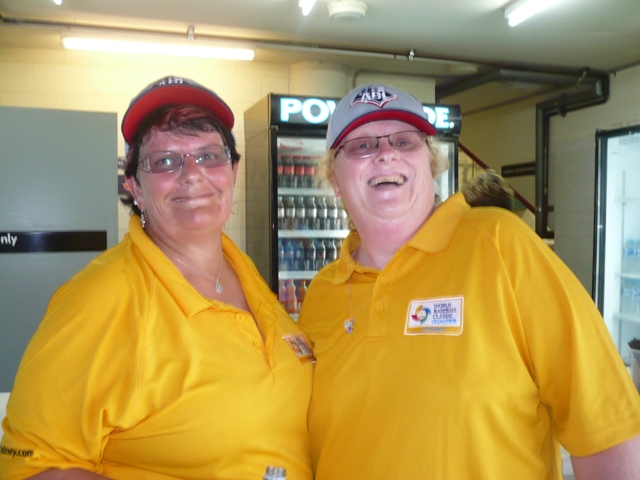 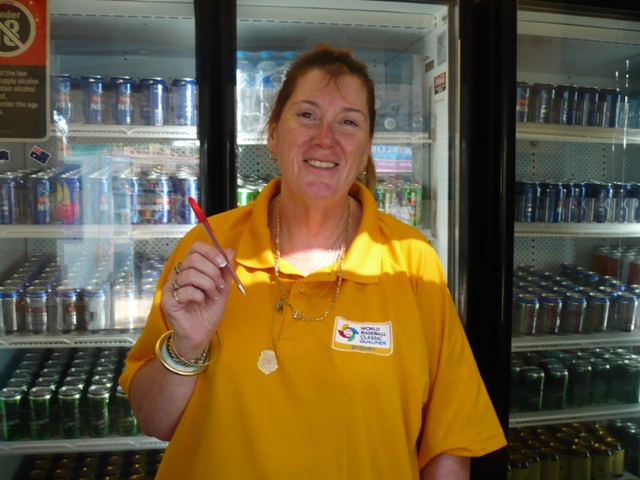 Jenny ready to help with some liquid refreshments 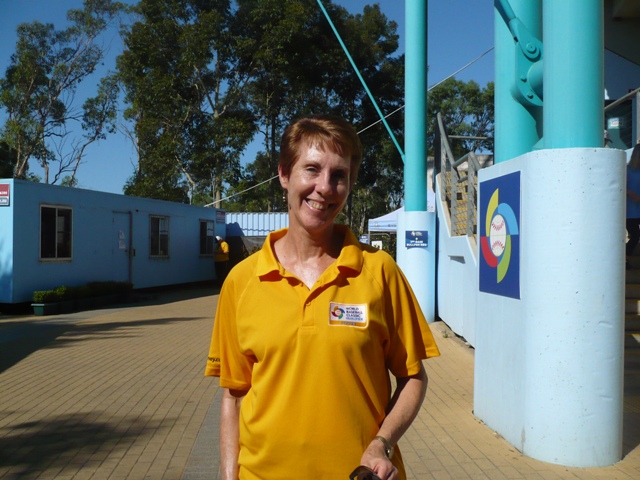 Gai after her shift as a ticket scanner 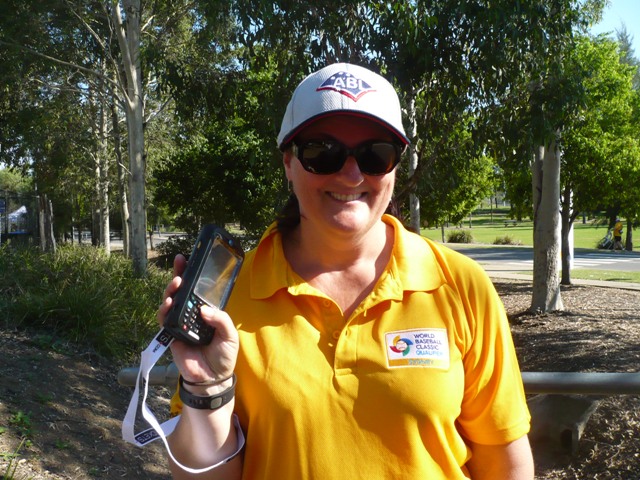 Jeanette still on her shift 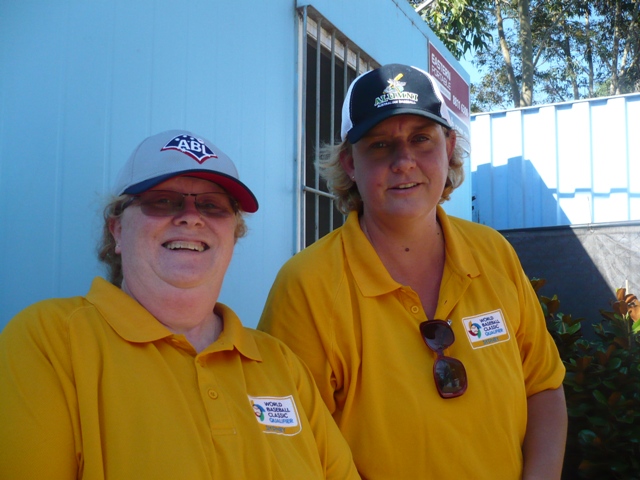 Janine and Kerri on security 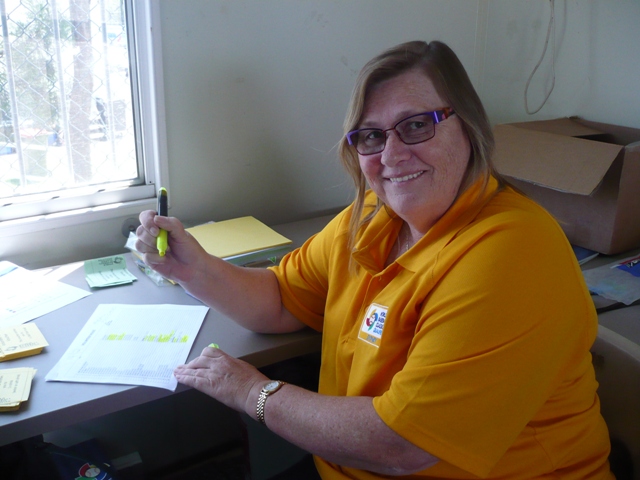 Some of us got to be in the scorers booth with the Official Scorers Hank Widmer and Connie Stoyakovich. Dave was on music, Paul was the ground announcer and Maree, Janine and Vera split the scoreboard between them. 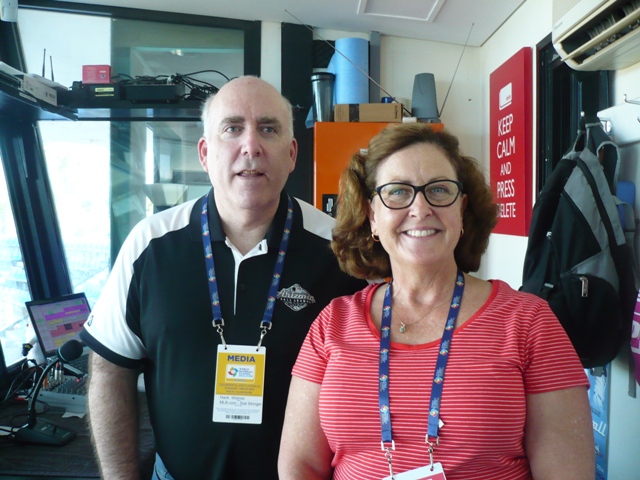 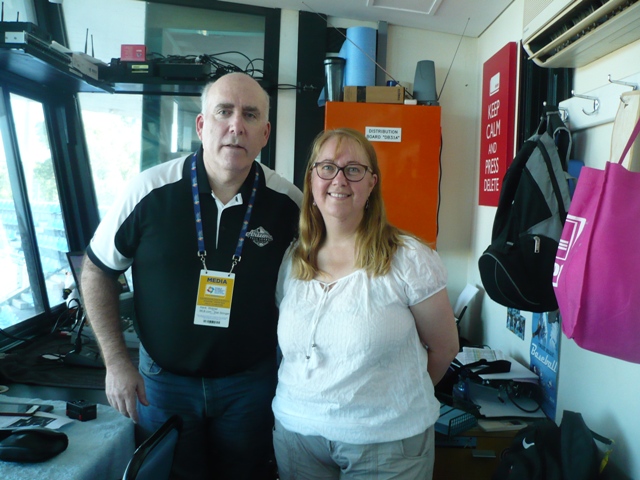 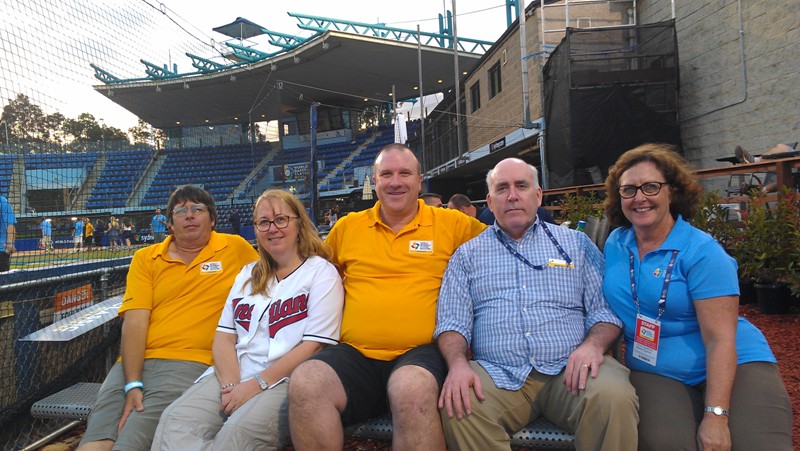 Paul, Maree, Dave, Hank and Connie after it was all over

2015 Scorer of the Year - Jeanette Irwin

The NSW Baseball Scorers would like to congratulate Jeanette Irwin in winning the NSW State League 2015 Scorer of the Year award. Congratulations Jeanette - this award is well deserved! 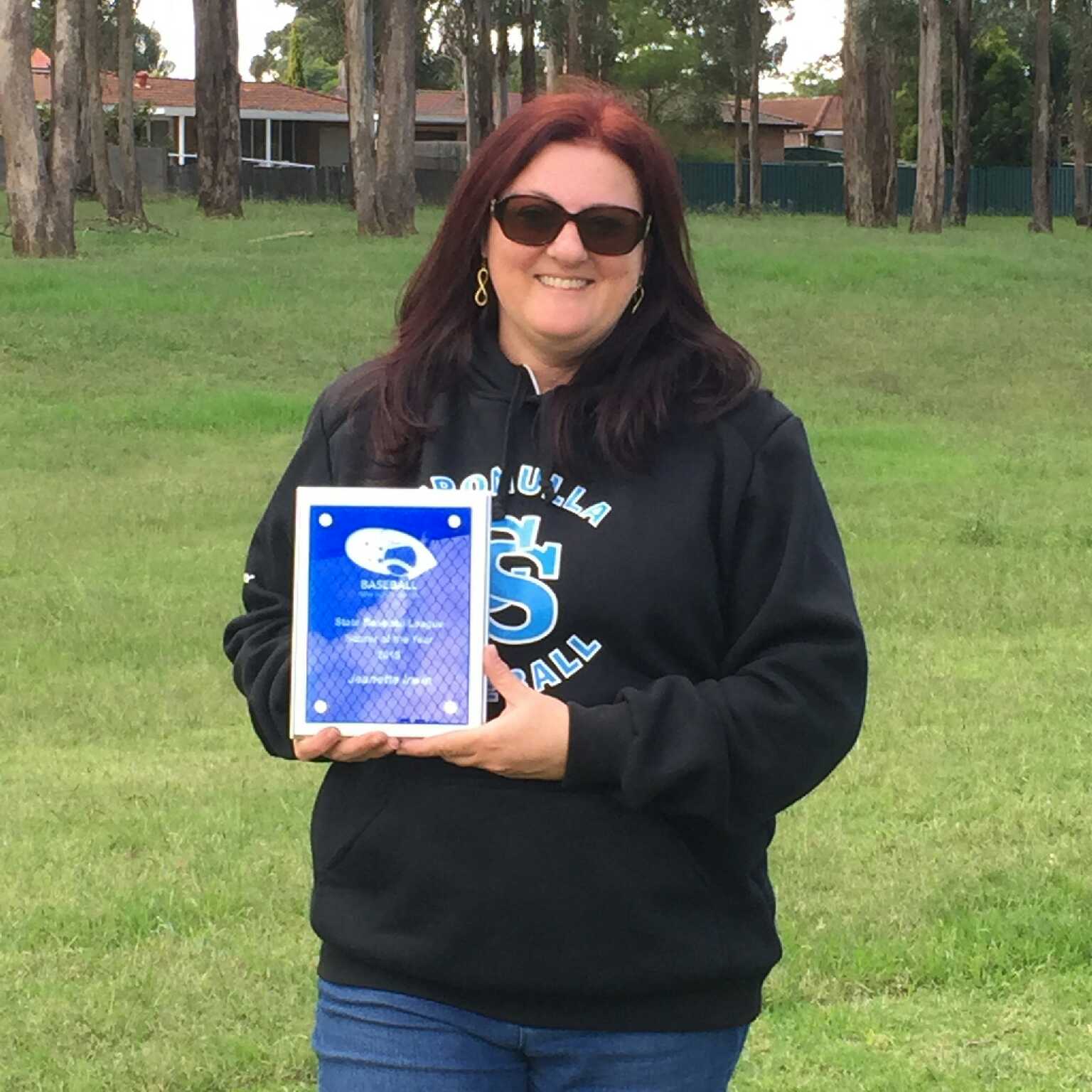 2015 Diamond Awards and Hall of Fame

Our very own Kerry Jackson was nominated for 2014 Volunteer of the Year - and WON!

Kerry scored her first game of baseball in 1977 after only scoring cricket. She then became involved in the original ABL with the Sydney Blues and the Sydney Storm and served as league statistician for several years. She was the Sports Services Manager for Baseball at the 1999 Intercontinental Cup and Sydney 2000 Olympics, as well as tournament director for national championships in both Sydney and Canberra.

Kerry is a long-standing volunteer and supporter of baseball, she works tirelessly around the clock, and is an extremely dedicated volunteer.

The awards were held 28 February at the Sofitel Sydney Wentworth. The full list of winners is here 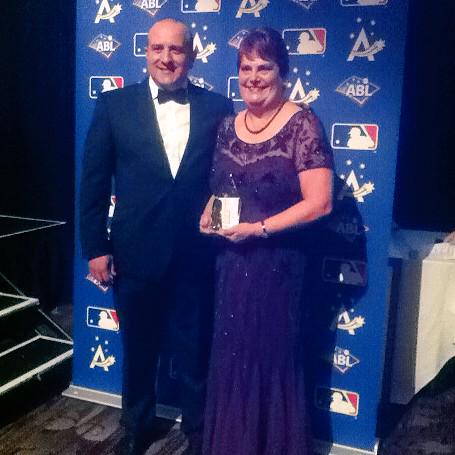 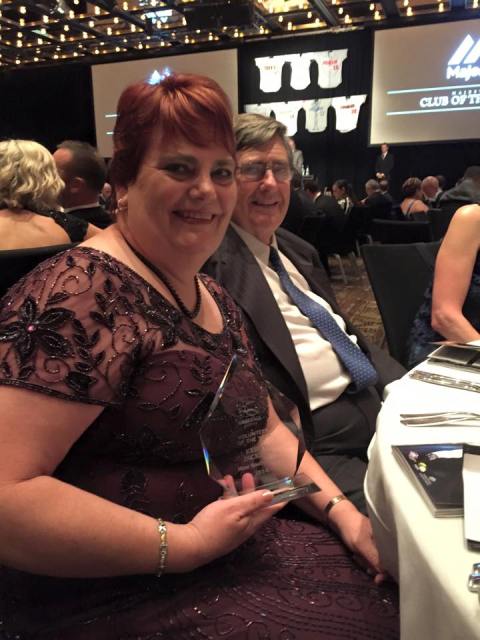 U25 Championships at Cairns

Kim Robertson and Maree Griffiths have spent the last week in sunny Cairns scoring at the U25 Championships won today by NSW. 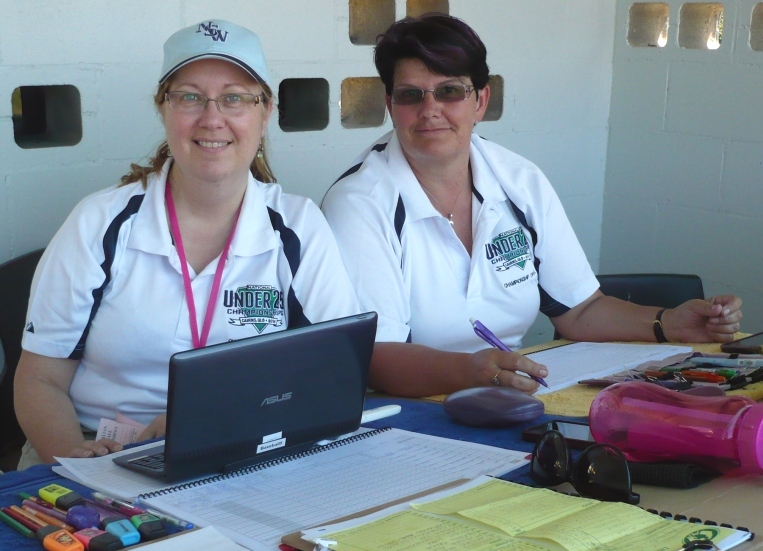 ...relaxing at the lookout at Port Douglas

And without the generous help of a wonderful group of scorers these stats would be somewhat depleted.

We were also pleased to welcome the following scorers from interstate 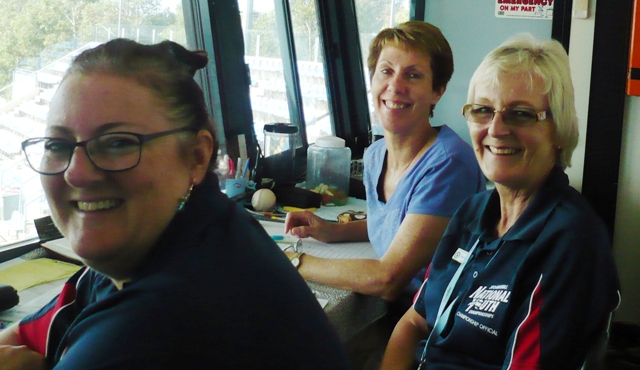 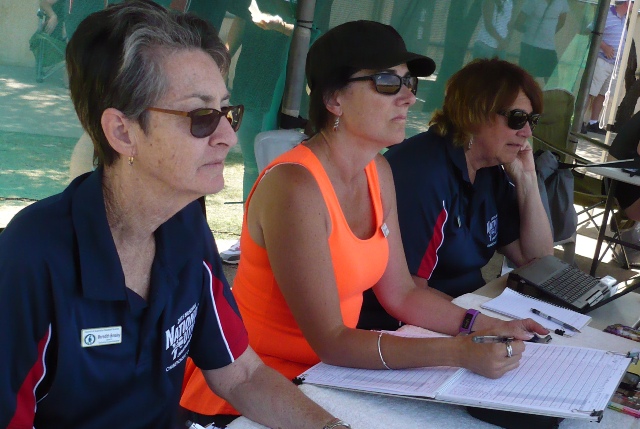 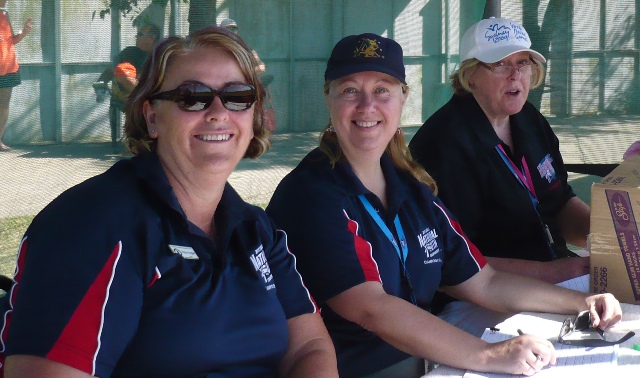 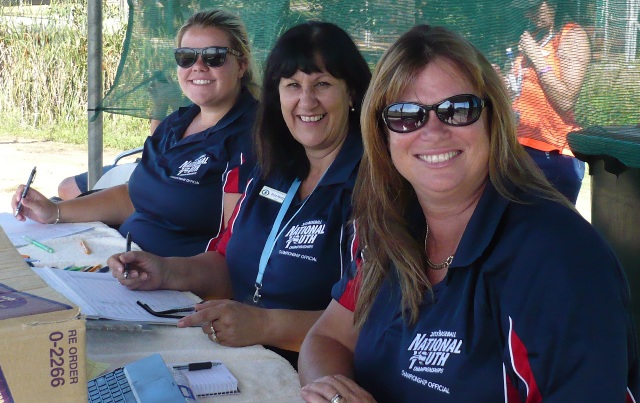 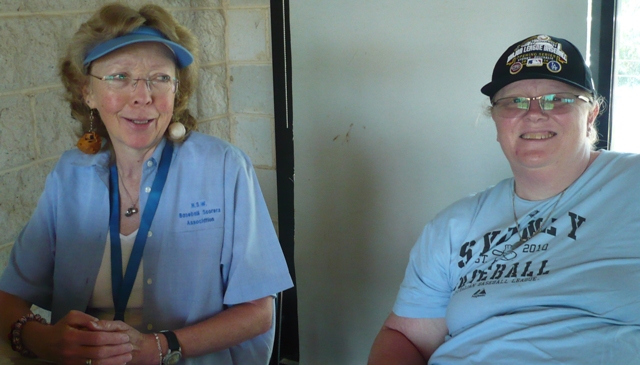 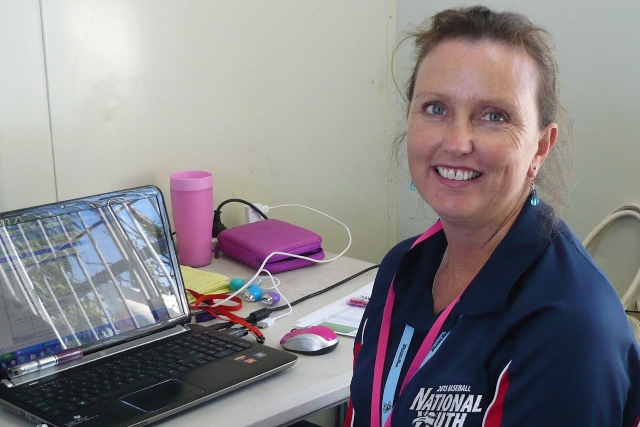 Sharon - one of our illustrious leaders (Kaye wouldn't have her photo taken :-) )

Some of the gang!

The NSW Scorers Association had its AGM at BISP on 28 July. Below is a photo of the Executive on the night 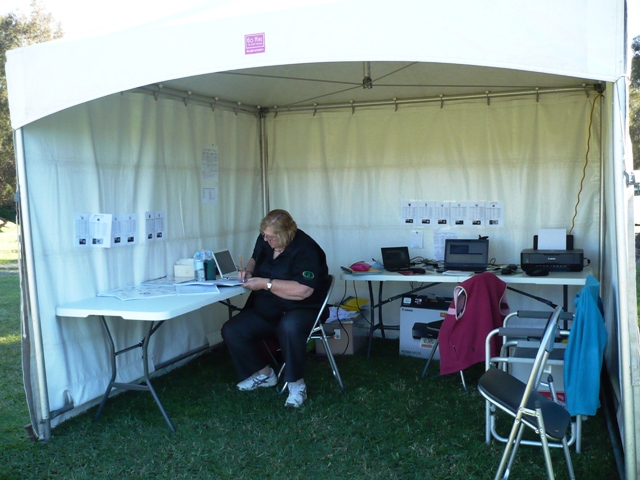 Fran in the Scorers' "Home away from home"

2014 Scorer of the Year - Sue McCullough

The 2014 NSW State League Awards night was held Saturday 14 June at the Bankstown Sports Club. In the middle of all the batting, pitching and fielding awards the 2014 Scorer of the Year award is presented. This year's worthy recipient is Sue McCullough. Everyone in the Scorer's Association congratulates Sue on her award. 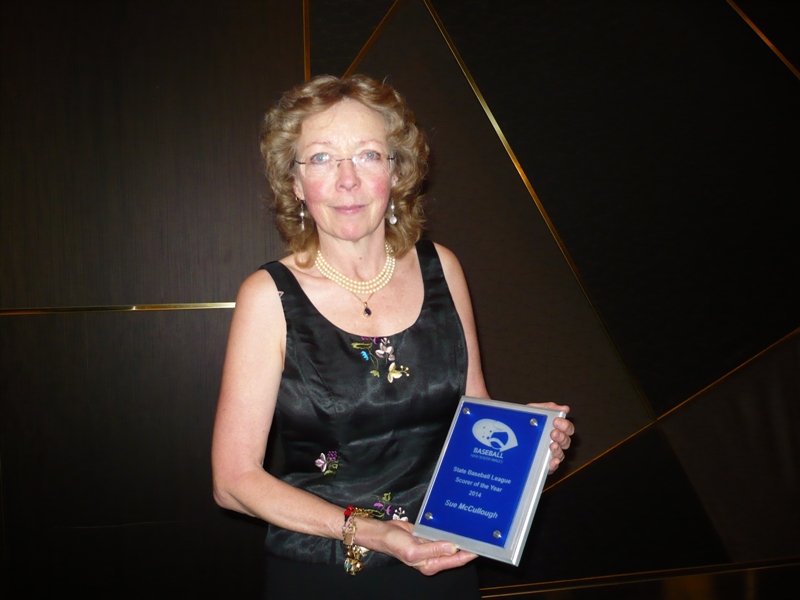 On Saturday an invitation was extended to a number of scorers to a Meet and Greet with Rodney Johnson, the Arizona Diamondbacks Official Scorer and Hank Widmer, the MLB Stats Operation Superviser (aka Data Caster Stringer) at the Light Brigade Hotel, Woolahara. Connie Stoyakovich (Qld) presented Rodney and Hank with a goodies bag which included an Australian score book - complete with one game already in it. Rodney and Hank then told us about their game day preparation and how they got into baseball scoring - at this level it is dominated by men. There were scorers from NSW, Qld, ACT, SA and WA and it was really good to catch up with old friends. 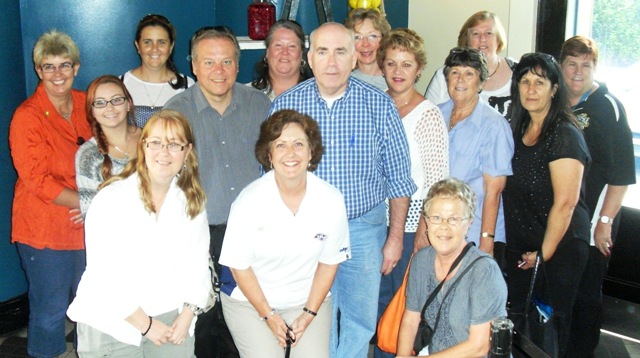 Hank and Rodney in the scorers box at the SCG 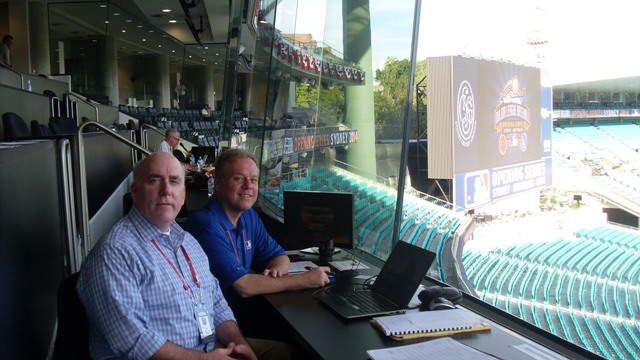 The NSW Baseball Scorers Association would like to thank all the scorers who assisted as volunteers at the 2014 MLB Opening series at the Sydney Cricket Ground. From all accounts a great time (albeit tiring) was had by all and you managed to see a whole heap of the SCG. The view from the scorer's box was outstanding and I believe that this is now the new standard requested for State League next summer.

As I get photos I will try and load them.

The one below is from the Australia - v - Arizona Diamondbacks game on the Friday night - which we won :-) 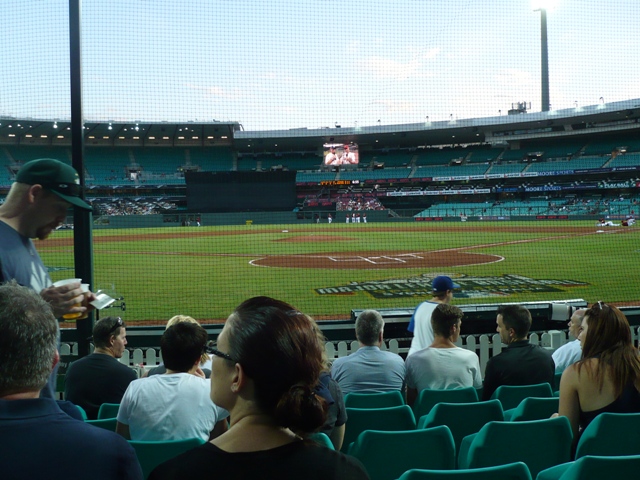 This is Wayne Lundgren pitching 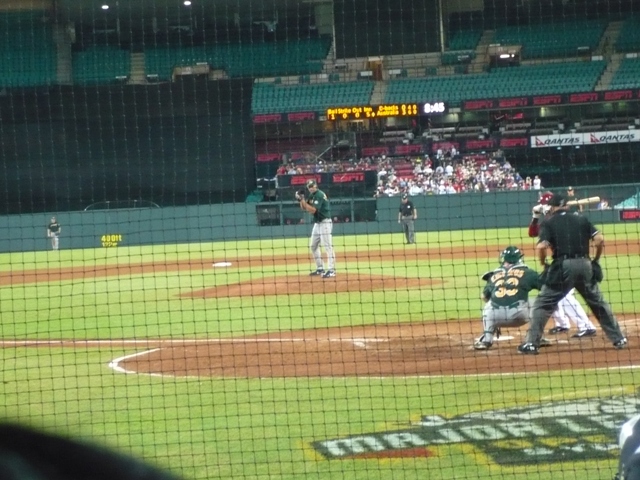 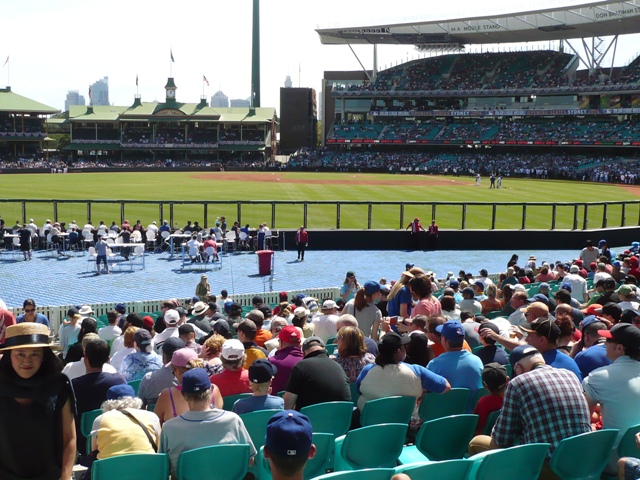 And the view from the Bradman-Noble stand 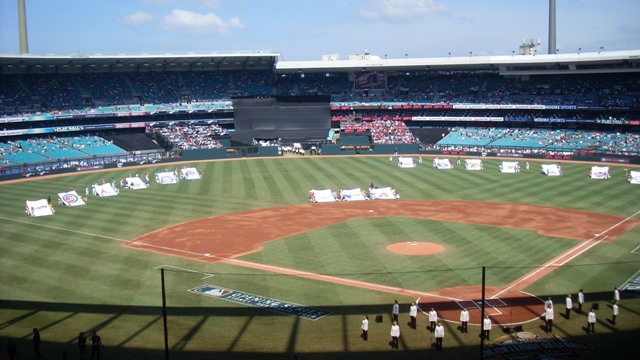