While there are baseball players who are understandably not committed to amateur competition twelve months of the year, for many it is almost like one campaign morphs into another – with Geelong Baseball Association beginning its 2017 winter season just weeks after the conclusion of Baseball Victoria Summer League. 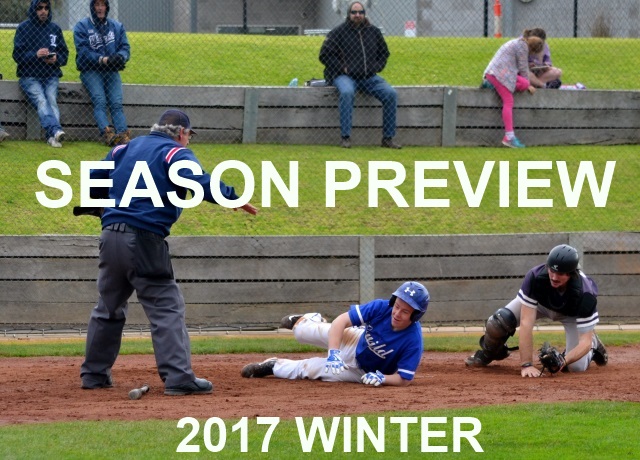 Although Werribee Giants have this time opted to enter teams in the Melbourne Winter Baseball League, GBA senior numbers have held up, with 35 senior teams scheduled in six grades – six in each of A Grade, A Reserve, B Grade, B Reserve and C Grade, along with five in C Reserve competition.

This compares with 35 teams drawn in five grades for the 2016 season.

We welcome Newport back into the league after an absence of some time. The Rams will field two teams – in B Grade and B Reserve.

East Belmont Saints will field six senior teams, Guild five, Deakin and Lara both four, while Bellarine, Mounties and Corio have all opted for three teams alongside other regular entries in Colac (two teams), Alfredton (two) and Bacchus Marsh.

Committed to eliminate the bye in the premier grade while increasing playing time wherever possible, the league has scheduled a twenty-game season for each of the six A Grade clubs (four full rounds), including an initial three games (including a doubleheader on 1 April) before all other senior competition commences on Saturday 15 April.

Junior baseball is expected to commence after Easter, with details to be announced shortly.

As always, there is a degree of uncertainty around the prospects of the A Grade clubs as some players are yet to commit, as others will be seeking a break and as clubs seek to expose promising younger players to higher levels of winter competition.

While early assessments should be taken with a grain of scoria – given the lack of information available on player movement - we can be confident that A Grade competition is again likely to be competitive and hard-fought, with each of the six clubs in with a realistic chance of vying for the playoffs.

Although new life was breathed into the Deakin club with its impressive pennant win in 2016, there are some key losses that will need to be compensated for under new Manager Mark Rigby, the man replacing the outgoing Leigh Holmes – who we may see suit up as a player this season. Nathan Holmes will be undergoing arm surgery and the club is likely to be without pitching ace Tayler Rowe and catcher/utility Shannon Hornstra, while Rudi Jaramillo and Kelii Zablan may be looking for a break after very demanding summers at Summer League and ABL levels respectively.

Long-time Guild club servant Jason Landthaler has handed the reins to Jason Peoples, who will manage a consistently strong Lions programme that continues to produce quality younger players to balance the proven skills of more experienced figures in Brad Egan, Ryan Stewart, Lee Harty and the Durston brothers. While we can expect a further degree of turnover from the personnel who secured five A Grade titles on the trot prior to last year, there is no doubt that Guild will be among the leading group of teams. There are some, indeed, who are already predicting a Bellarine and Guild Grand Final – although four other clubs may have plenty to say about that.

To the minds of some people an underachiever over the past couple of seasons, Bellarine will be a tough proposition under new Manager Cameron Brown, who enjoyed a personally outstanding playing season in 2016 – regardless of his club falling short of another Grand Final appearance. The Bears are believed to have recruited especially well, with former Guild player Brock Wells and big name Lewis Weldon both headed to Wallington Reserve. A former Werribee and Montmorency winter league star, Weldon – who was part of the Sunshine Eagles Summer League Division Two Championship team - was reportedly not far off selection for Melbourne Aces last summer and he will certainly add plenty to an outfit that boasts serious playing experience, hitting power and skill that will be boosted by the return of versatile veteran Chris Bramwell, who is back on the training track after serious injury.

Werribee Summer League Manager Charles Thompson has accepted the management role with East Belmont Saints, which continues to be a respected powerhouse club in this league despite its dearth of playing success at A Grade level in recent times. While the haloes are playing things close to their chest, Josh Lee will again be a potent factor with bat and ball for a club that has a number of promising youngsters progressing through the ranks and looking to make their mark. One of the exciting developments at Pioneer Park has been the projected creation of a father/son team in one of the lower grades as former outstanding players are drawn back to the club in a playing and mentoring capacity. An effective communicator and a decent leader, Thompson will clearly be looking to improve considerably on the club’s modest winning returns of 2016.

Finishing just shy of a finals appearance last time, Mounties YC has done a fantastic job in competing at the highest league level over the past couple of seasons. While the Mounts will suffer from the loss of 2016 A Grade Most Valuable Player Stewart Jeffery – who has moved north – the club is in terrific hands under the tutelage of Manager Matt Jones, whose brothers Brad and Scott will be key players along with Scott Kerr, Jed Miller, George Davidson, Jon Bramwell and a string of other club stalwarts who have played their part in keeping the club viable at the highest GBA winter level. Of particular interest will be the progress of teenager Mitch Collins, a player of the future who is expected to see game time at A Grade level during this winter campaign.

Seemingly in a rebuilding phase for several years since dominating A Grade competition for much of the noughties, Lara is again a fascinating club entity in this league – despite having an ordinary season in A Grade last time. Taking the reins as Manager, seasoned club stalwart Ross Wilson will again be a pivotal player in the Wildcat’s prospects, which could be further buoyed by the rumoured return of Justin Charles – who can still be an influential playing force at this level. Making a real effort in recent times to draw kids into its programme, Lara will again be looking to some of its older heads to help out while the club is rebuilding and seeking to revive the fortunes that made it such a feared and respected force that won multi-premierships not so long ago. It will be interesting to see how the Wildcats face one of its greater challenges in beefing up a pitching roster that relied heavily last year on Chris Lewis and a few late cameos by Cameron Forbes.

It is going to be another fascinating season, starting with an A Grade doubleheader at Geelong Baseball Centre on Saturday 1 April and a home and away fixture on Saturday 8 April before the entire senior league swings into action on 22 April.

Best wishes to all clubs, and to all teams in all grades, for a successful and gratifying winter season! 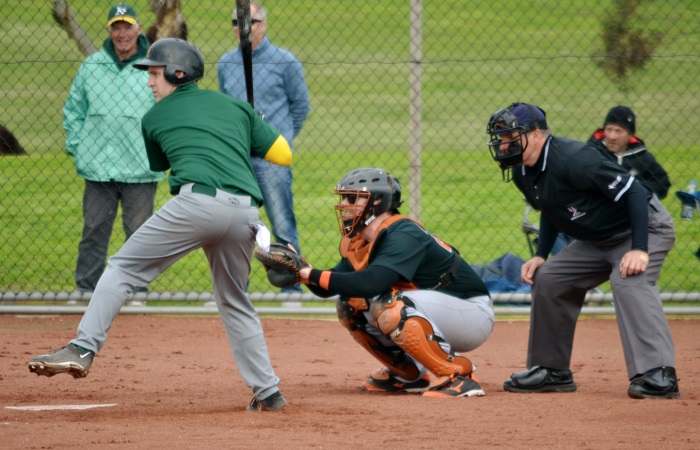