Please be aware that our site is being constantly updated with new (and historical) information so if there is something you can't find, would like to see, or are having problems with, please leave a comment for us on our Contact Us page. 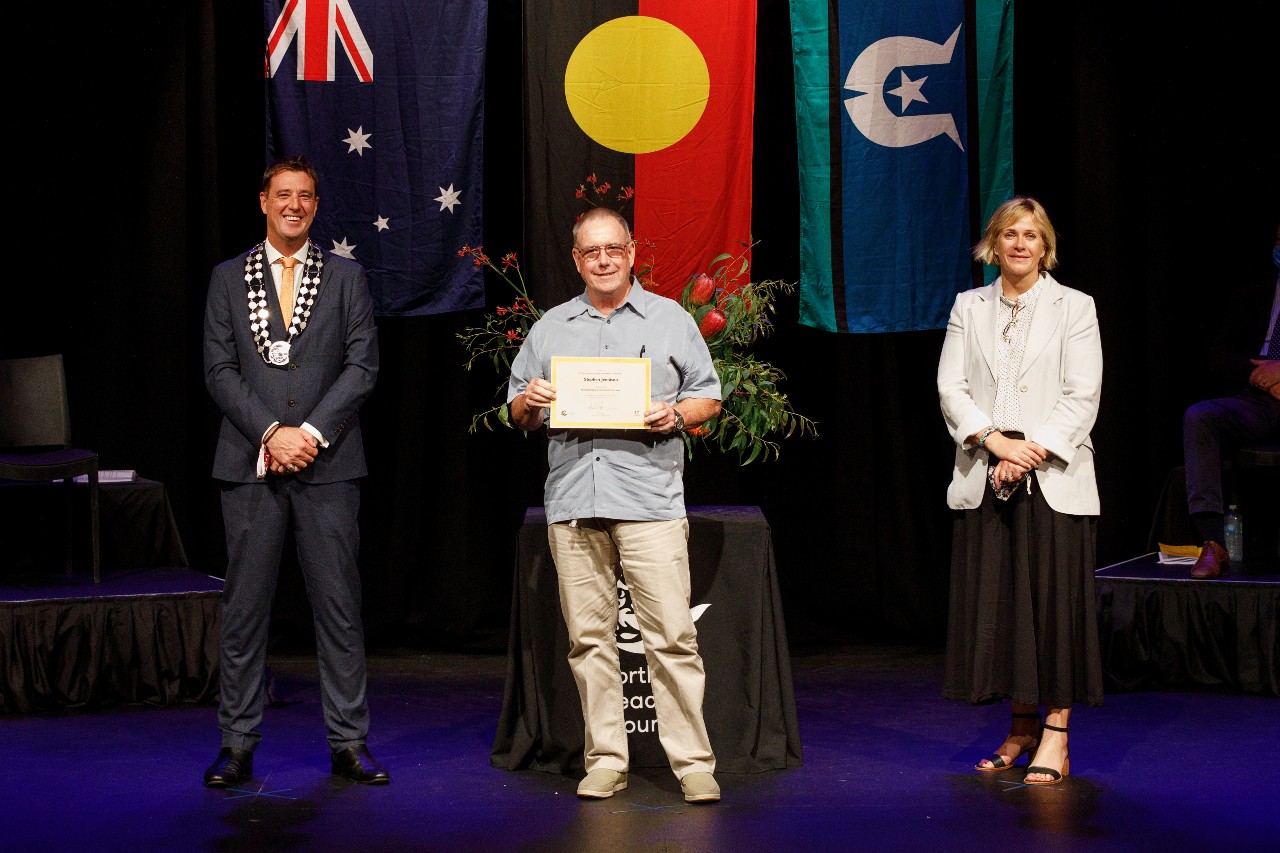 Steve is highly regarded and respected for his voluntary involvement with Warringah Archers for more than 40 years, as well as his involvement with Archery NSW and Archery Australia. He is a passionate and engaging person and he uses this to help and enable people to be the best that they can be in both the sport of archery and within themselves. Steve has used his strong leadership and communication to lead and mentor both junior and adult archers, and to run archery tournaments.

Steve has led and participated in many sporting boards and committees as well as trained archers of all skill levels, from beginners to Olympians, using tailored coaching and training sessions. Steve also officiates at club and state tournaments and helps to maintain the club grounds. Most recently, Steve gave his time over many months to youth members of the Warringah Archery Club as they trained for the Youth National archery event.

Steve was presented with his award at the Northern Beaches Australia Day 2022 award presentation at Glen Street Theatre on Australia Day.

Well done Steve and thank you for volunteering your time to help our archers and sharing your experience and knowledge so generously!

The September Newsletter is out now.

Warringah Archers is one of the oldest clubs on the Northern beaches with a 40 year history.

Warringah Archers have a variety of programs for beginners through to the dedicated archer. We hold Come N' Try sessions and Beginners Courses most weekends, as well as run two seasonal Adbow (Adults) and Kidbow (Youth) programs - book in now and see for yourself how much fun Archery can be!

NSW Team Announced to contest the Teams avent at the 2022 National Championships: Well done to Kane Wilson (RM) & Carmelo Aslanidis (RM) for being named in the Recurve Team and Alyssa Mollema (CF) being announced in the Compound Team.

Warringah Archers hosts a Monthly Handicap shoot, which all members are encouraged to participate in.

The round has specifically been designed for Warringah Archers, and made up of the following distances & faces used.

*(An end being six arrows)

As new members join the club they can shoot in the Junior handicap, however, if they take out the handicap title, then the next time they compete in the Open Handicap Round.

View our Calendar for upcoming shoots and courses

View our Calendar for upcoming shoots and courses

View our Calendar for upcoming shoots and weekend club rounds.